USI’s Board of Directors is composed of members with diversified professional backgrounds, industrial experiences, and nationalities. They take position in different special committees according to their expertise to enhance USI’s core competitiveness, improve the efficiency and quality of major investment decision-making, and optimize corporate governance structure.

Jeffrey Chen
Chairman of the Board of Directors
Jeffrey Chen, male, from Taiwan, China, graduated from the University of British Columbia with a master’s degree in business administration. Mr. Chen has served as chairman of Universal Scientific Industrial (Shanghai) Co., Ltd. since June 2018. He joined the predecessor of ASE Technology Holding Co., Ltd. in 1994, serving successively as the assistant to the central staff office, special assistant to the chairman and chief of staff of the Group, as well as CFO and director of ASE Test Limited, a subsidiary of the Group and a listed company on NASDAQ. He previously worked for Citibank Taiwan as the general manager assistant and Bankers Trust Taipei Branch as the assistant general manager. Currently he also serves as a director of ASE Technology Holding Co., Ltd. and an independent director of Mercuries & Associates Holding, LTD.

Gilles Baruk Benhamou
Director
Gilles Baruk Benhamou, male, French, graduated from École Polytechnique in Paris with a master’s degree in science. Mr. Gilles Benhamou has more than 3 decades’ experience in the electronic components & assembly industry. Currently he serves as the CEO of Financière AFG S.A.S., the CEO of ASDI Assistance Direction, the CEO of Saphir, a director of Decelect, and the CEO of Retail Evolution.

YiyunChu
Independent Director
Yiyun Chu, male, Chinese, with a doctorate in accounting from Shanghai University of Finance and Economics (SUFE), is a professor and doctoral advisor of the School of Accounting, SUFE, a researcher at Key Research Institute of Accounting and Finance, SUFE, and selected candidate of accounting master training project of the Ministry of Finance, who concurrently takes the position of a member of the Committee for Accounting Standards for Business Enterprises appointed by the Ministry of Finance, the director of Accounting Society of China, and executive secretary of Accounting Education Branch, Accounting Society of China. He also serves as an independent director of Ping An, Bank of Hebei (Not listed) and Bank of Jiaxing, and an external supervisor of Ping An Bank.

Yunwei Tang
Independent Director
Yunwei Tang, male, Chinese, with a doctorate in accounting from SUFE, is the founder of the Chinese Accounting Professors Association. Mr. Tang worked for SUFE where he held the following positions including a lecturer, associate professor, assistant to the president, professor, vice president and president. He previously served as a member of the China Accounting Standards Committee, a member of Chinese Auditing Standards Board, president of Shanghai Accounting Association, and a member of the Listing Committee for Shanghai Stock Exchange. Mr. Tang served as a senior researcher of the International Accounting Standards Board from March 1999 to January 2000. He was awarded honorary membership to the Association of Chartered Certified Accountants, an honorary fellowship of Lingnan University in Hong Kong, and the title of an outstanding international visiting professor of the American Accounting Association. During the reporting period, in addition to serving as the independent director of the Company, he also served as an independent director of China Jushi Co., Ltd., , Ping An Healthcare and Technology Company Limited and Shanghai Lujiazui International Financial Asset Exchange Co.,Ltd..

Michael Chung
Independent Director
Michael Chung, male, from Taiwan, China, has a bachelor’s degree in Electrical Engineering from National Tsing Hua University, Taiwan. Mr. Chung served as the general manager of the business group of Hon Hai Precision Industry Co., Ltd. and the chief executive officer of TPK Holding Co., Ltd. He joined AcSiP in June 2019 as the Chairman of the Board since. He also serves as an independent director of LuxNet Corp., a director of SAVITECH, Dasheng Venture Capital Co., Ltd, Feng Tay Enterprises Co., Ltd. and LOROM INDUSTRIAL CO., LTD.. 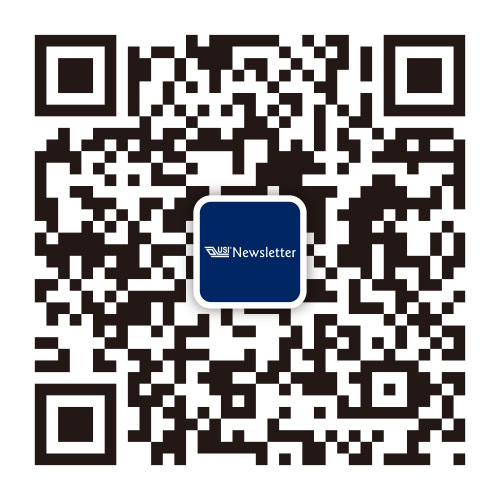 Stay tuned on our Blog for the latest innovative
technology, application, and industry insight.